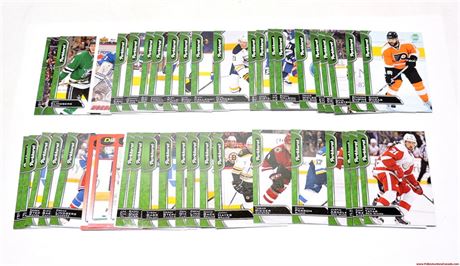 Whether you're a long time collector, just beginning or looking to start collecting, this is a great chance to take part in a timeless hobby and perhaps even make some profit!

Condition: Cards appear to be in used condition and show no major signs of dirt or wear and look to have been well cared for. Some cards show pen markings signatures but have not been confirmed..
Please note that these cards have not been professionally graded or appraised.