× Bidding has ended on this item.
Ended 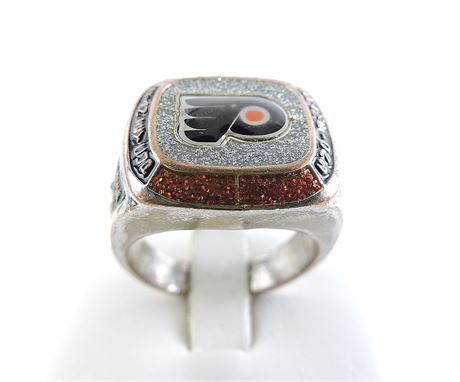 Auto Bid Extend: Each bid placed during the last minute will automatically extend the auction time for an additional 1 minute.
Description

Condition: Ring appears to be in used condition and shows some scratches and wear to the finish.
The perfect look for the hockey fan.....mike

Payment Instructions
* Item Location: 234 Norseman Street Toronto, Ontario * .... Items are required to be paid in 7 days.... - For items being Shipped, credit card payments can be processed through Paypal at Checkout........... - * Payment for items being picked up can be made in advance online by e-Transfer to [email protected] or in person.