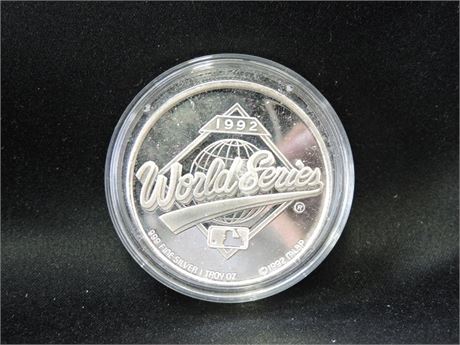 Whether you're a hardcore Jays fan, proud Torontonian, coin collector or even just looking to make an investment in silver, this great limited edition .999 fine silver coin which commemorate their American League championship victory in 1992 is a must-have collectors keepsake!

Please note, this coin has NOT been professionally graded or appraised.

Condition: Coin appears to be in uncirculated condition as it comes in protective plastic case but edge of coin does show tarnishing. Again, note that this coin has not been professionally graded or appraised.